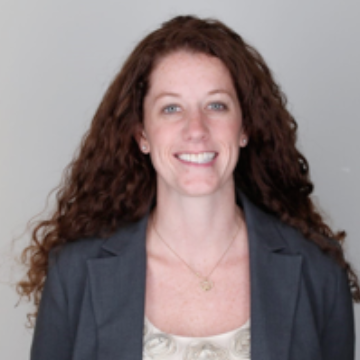 Colleen Fisher Simmons is the Pacific South Regional Director at the U.S. Department of Commerce. As one of eight Regional Directors, reporting to Washington DC, she leads a field-based team of client-focused trade professionals with deep experience working for U.S. exporters to resolve barriers to market entry and identify new opportunities to grow U.S. export sales. The Pacific South region is part of the International Trade Administration's U.S. Commercial Service global network of over 100 offices in the United States and more than 150 offices in U.S. embassies and consulates throughout the world.

Prior to her current position, Colleen served as the U.S. Department of Commerce's Baltimore Export Assistance Center Director. During her time in this role, every congressional district in the state of Maryland had published client success narratives. Additionally, the MD-DC District Export Council (DEC) was recognized as DEC of the Year in 2018 for outstanding achievements. While in Baltimore, Colleen co-led Trade Winds, the Commerce Department's largest annual trade mission and she received two Departmental Silver Awards for her contributions to the Market Diversification Tool and the agency's innovation internal coaching program.

During her time at the Commerce Department, Colleen also served as a Senior International Trade Specialist in Atlanta as well as the North America Desk Officer at headquarters. Mrs. Simons is a Baltimore native.

What excites you about the work you do? Helping support U.S. businesses by identifying opportunities for their growth in international markets.

What is the most significant career experience you've had so far, and what made it meaningful to you? In 2014, Mrs. Simmons conducted a two-week speaking tour in Mexico to commemorate the 20th anniversary of NAFTA. The majority of the speaking engagements were conducted in Spanish.

How did GWU and the UHP prepare you for your professional journey? In what ways has your career evolved since you graduated from GWU? My peers always pushed me to challenge myself and be the best. Being surrounded by smart, motivated individuals keeps you on your game and pushes you to stretch yourself!

Advice for current UHP students: Define your career goals before you define your college plan. The latter informs the former!

Connect with Colleen on LinkedIn